Tadej Pogačar has decided to make Terre di Siena his amusement park for a day. And he didn’t even have to ask anyone’s permission: on the gravel section of Monte Sante Marie he shifted up his gear and began to whirl on the pedals, hardly-ever getting off the saddle, and without looking back. Within a few hundred metres, even world champion Julian Alaphilippe, battered by a back flip a few minutes earlier, realised that there was little he could do today and that it would be better to make himself available to his teammate Kasper Asgreen. 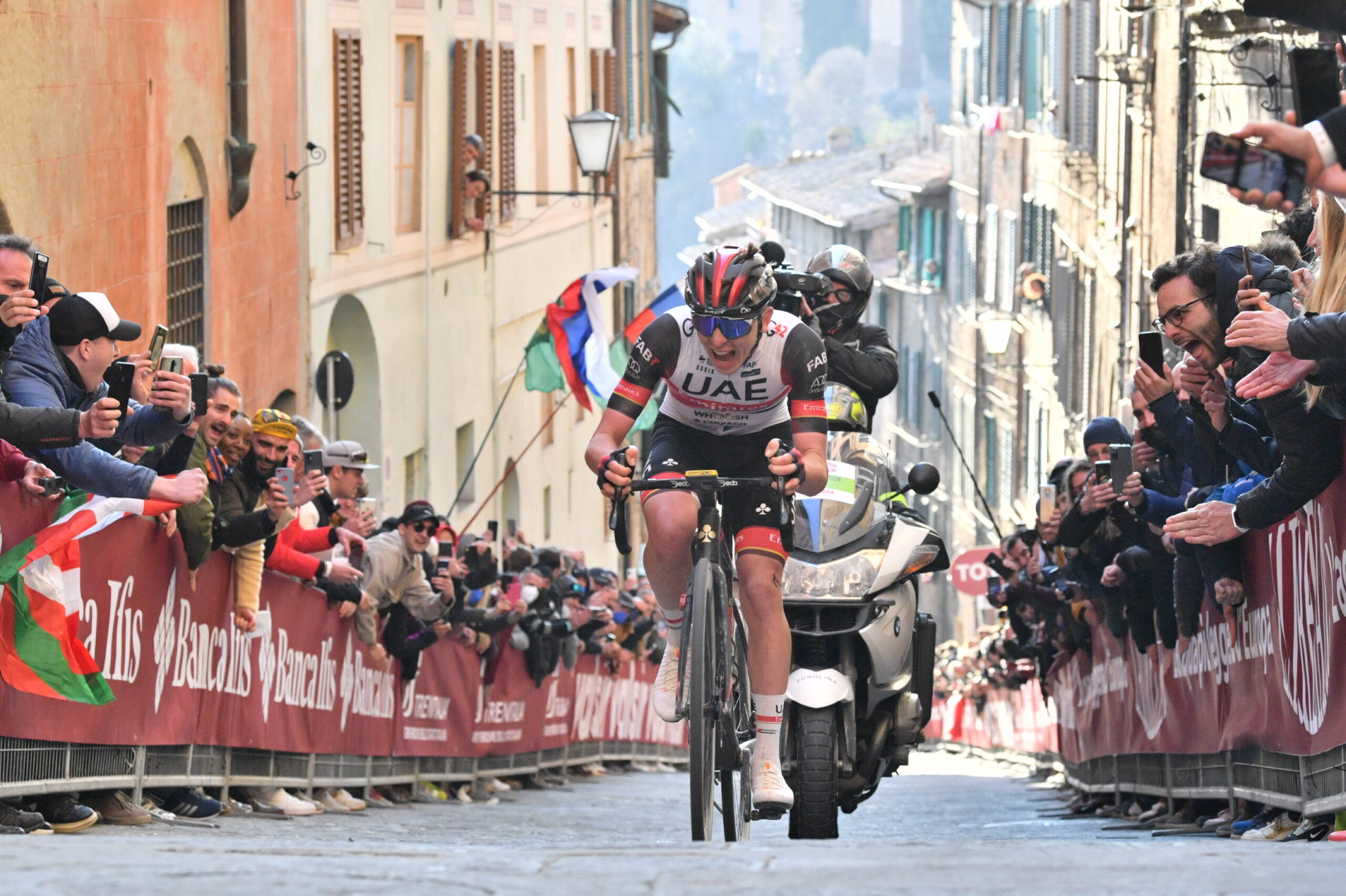 Thus, Pogačar had the luxury of tackling the final gravel sections, Monteaperti, Colle Pinzuto and Le Tolfe, usually the supreme judges of the Strade Bianche, with a reassuring lead over his rivals of over a minute. By the end of the race, the kilometre counter showed 50 km of solitary riding, only the latest in a career that, although only in its dawning stages, is already full of such feats. Just to recap: two Tour de France, one Strade Bianche, one Lombardia, one Liège-Bastogne-Liège, one Tirreno-Adriatico, two UAE Tours, 34 victories as a professional. All in three seasons (and one month) as a professional. Not bad indeed.

A phenomenon destined to win everything and everywhere. However, we are quite sure that he will always remember the suggestive scenery of the Sienese gravel roads. In 15 years’ time, people will still be saying “Do you remember when Pogačar almost effortlessly left everyone behind on Monte Sante Marie…?”. 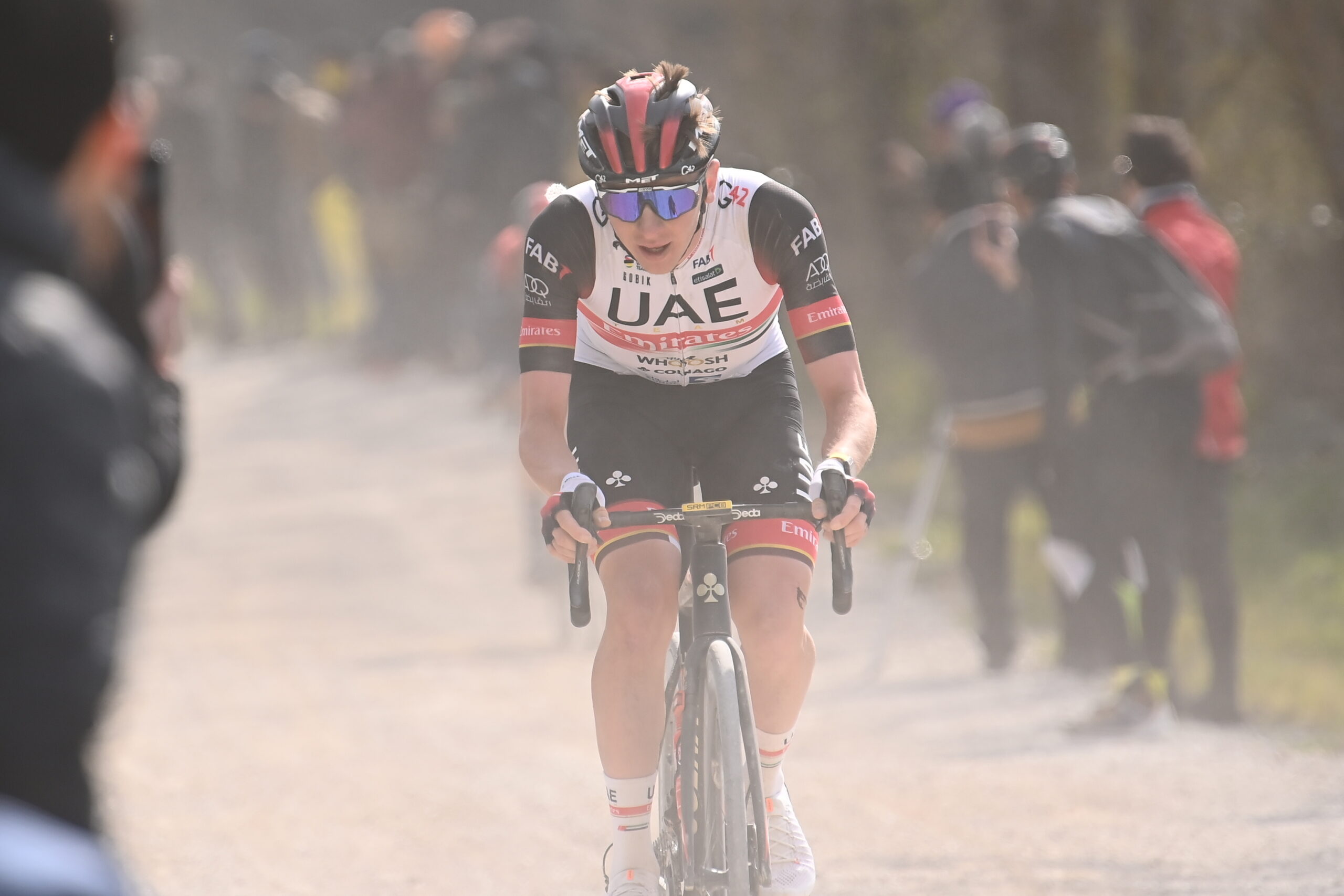 Lotte Kopecky – who a few hours before Pogačar turned on the turbo, raised her arms to the sky in Piazza del Campo – will surely have an equally lasting memory. However, while the Slovenian already had his hands on the race with 50 km to go, the Belgian national champion had to wait until the last 50 metres to be sure of victory.

A fierce face-off with Annemiek Van Vleuten, a very long sprint that began on the terrible slopes of Via Santa Caterina and ended only on the alleys of the historic centre of Siena, just before entering the majestic main square of the Tuscan city. “The most beautiful victory of my career,” said the 26-year-old SD Worx rider in tears. If Tadej is used to dominating on these stages, Lotte is certainly less so. 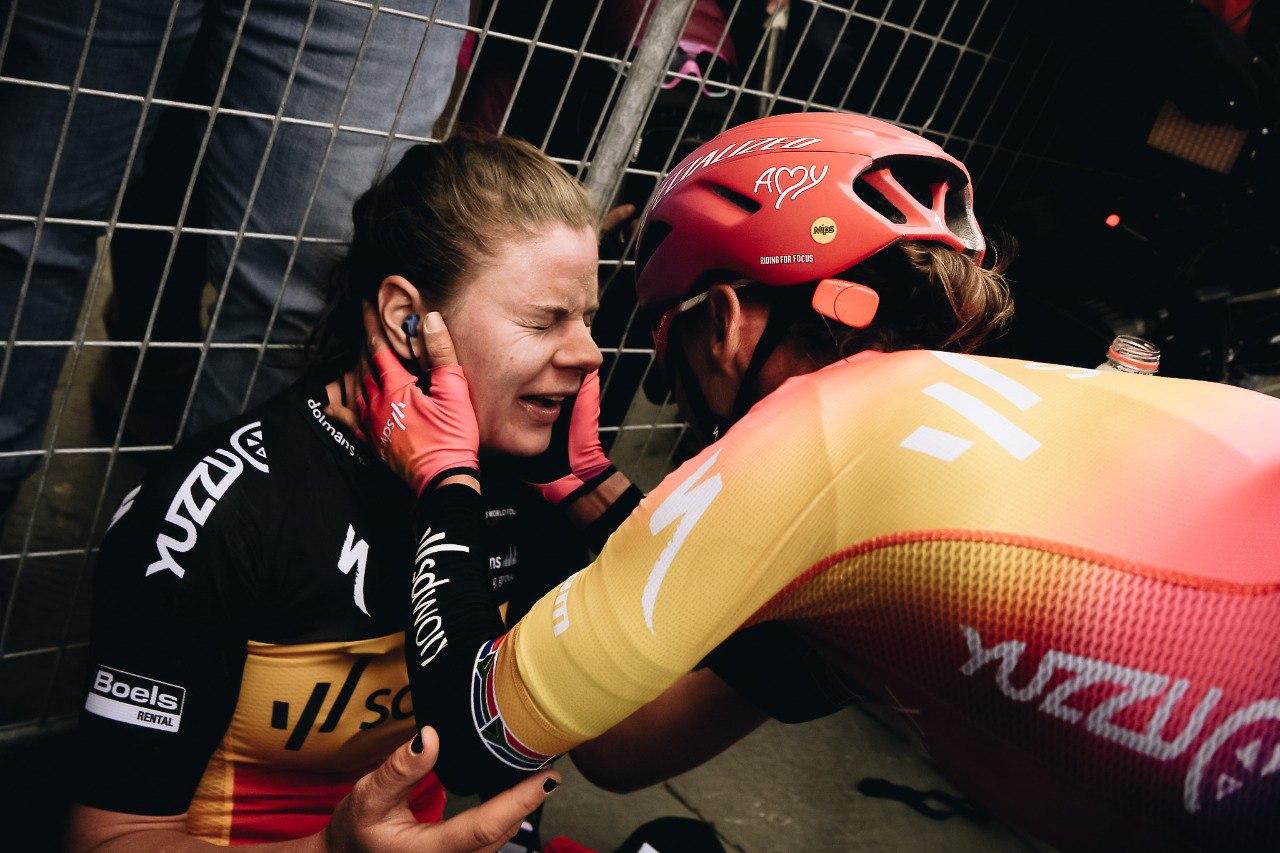 And those two “old” lions who had to settle for the place of honour also deserve a mention: Alejandro Valverde, who at almost 42 years of age continues to amaze (does he really want to retire at the end of the year?) and, of course, Annemiek Van Vleuten who, at 39 years of age, is still world number 1, as she demonstrated once again today with her attacks and counterattacks.

Another Strade Bianche goes in the archives, leaving us with a feeling of gratitude for the spectacles we have experienced. Although, when it comes to Strade Bianche, this is no longer a surprise. 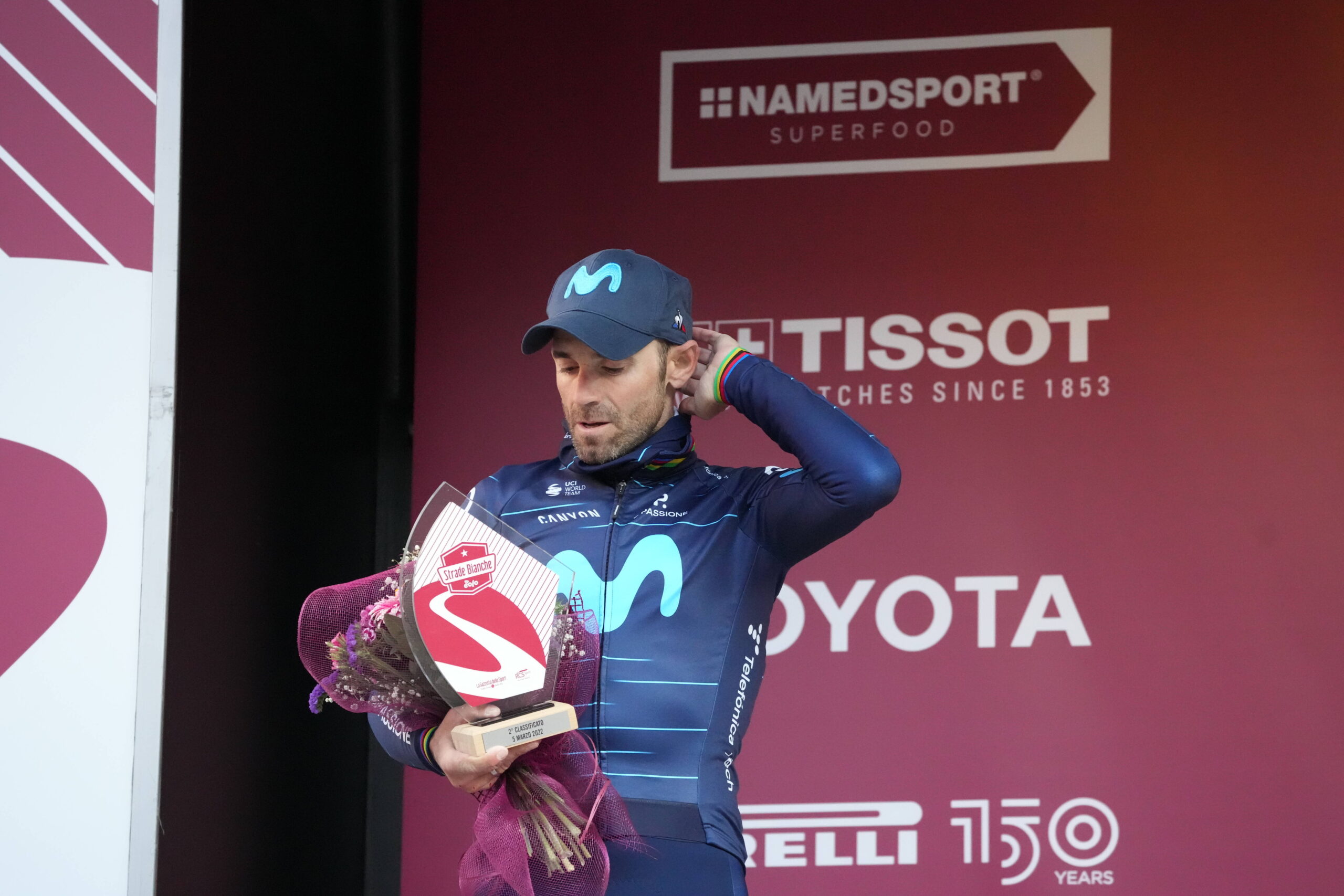