STRADE BIANCHE 2017: GREAT CYCLING IS BACK IN TERRE DI SIENA 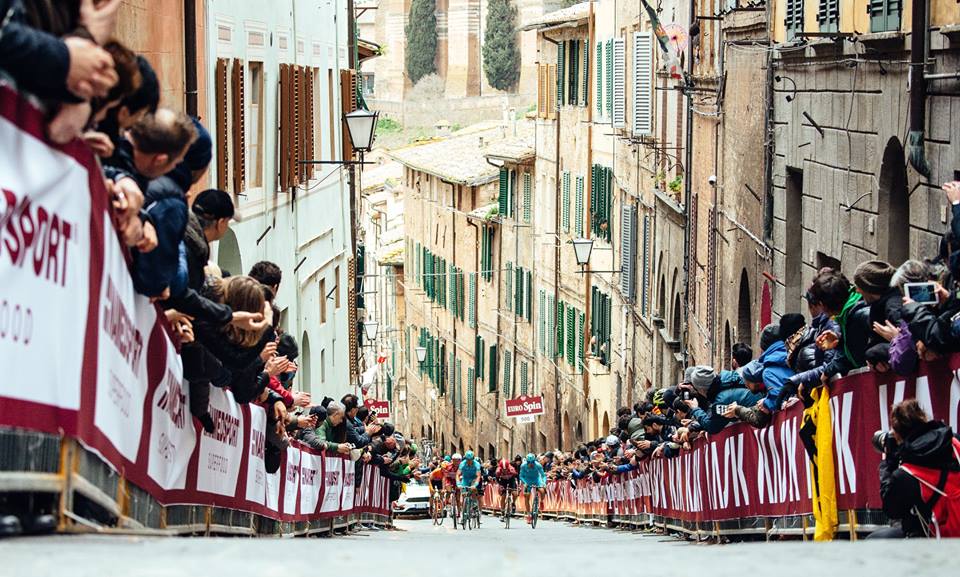 On 4 and 5 March, Siena and the Crete Senesi will host the the men’s pro race – promoted to the UCI WorldTour calendar – and the women’s race – which opens the season of the UCI Women’s WorldTour. Sunday, the amateurs will ride the Gran Fondo Strade Bianche – which has already recorded 3,500 entries – over most of the route that the pro riders will have raced on the previous day. Entries are still open at Gran Fondo Strade Bianche Official Site

“Europe’s most Southern Northern Classic” is a slogan that has become well known worldwide, and the great cycling weekend in the beautiful landscape of Terre di Siena, on Saturday 4 and Sunday 5 March 2017 is becoming equally famous all over the world. The three events – organized by RCS Sport, RCS Active Team and La Gazzetta dello Sport in collaboration with the City of Siena – will each start from the Medici Fortress and end in the unique scenery of Piazza del Campo.

The men’s race officially enters into the elite of world professional cycling. Union Cycliste Internationale has ratified its importance by adding it to the WorldTour calendar, starting from the 2017 edition. On 5th March 2016, last year’s winner Fabian Cancellara achieved his third Strade Bianchi success, and with it, the honour of having one sector of the gravel roads, Sector 8 of Monte Sante Marie, dedicated to his name.

2017 sees the third edition of the women’s race, for the second time part of the UCI WorldTour calendar. In 2016 victory went to the then Road World Champion Lizzie Deignan (née Armitstead), finishing solo in Piazza del Campo, while in 2015 the race was won by the American Megan Guarnier.