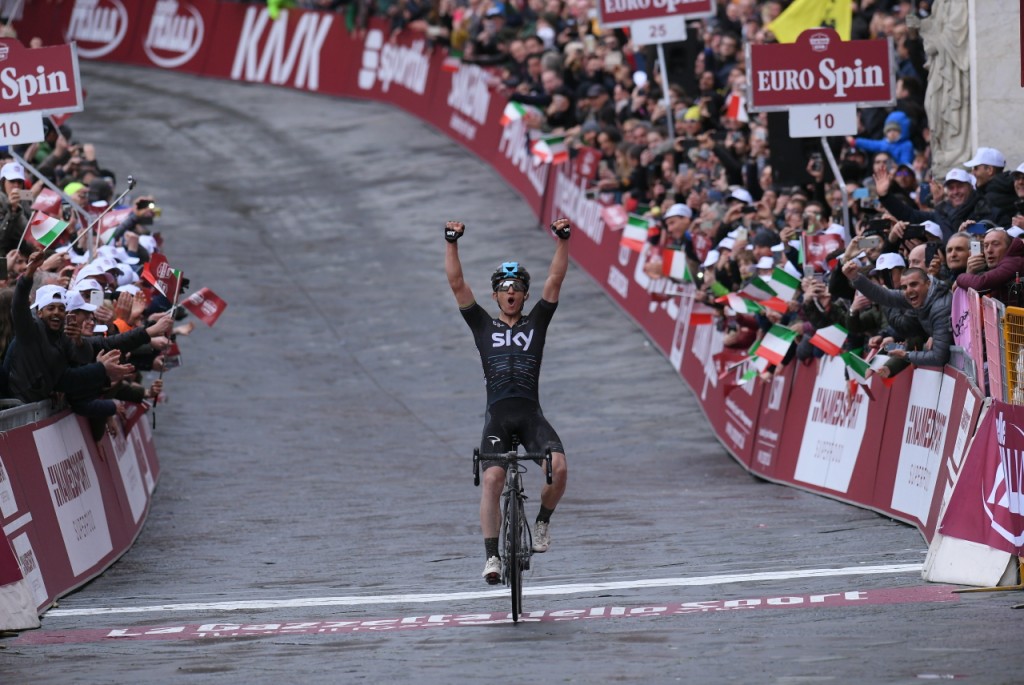 Speaking seconds after the finish, a victorious Michał Kwiatkowski said: “I’m so happy – it’s an unexpected victory. After the difficult season I had last year, I still had a lot of trust from the team. Now the preparation for this season has already paid off. Second victory at the Strade Bianche, it’s just amazing! We started to play a game after the Sante Marie section – I actually didn’t feel so good there – but I thought the best situation was to do my own thing, that’s why I went from so far out and I’m glad it worked out well.”