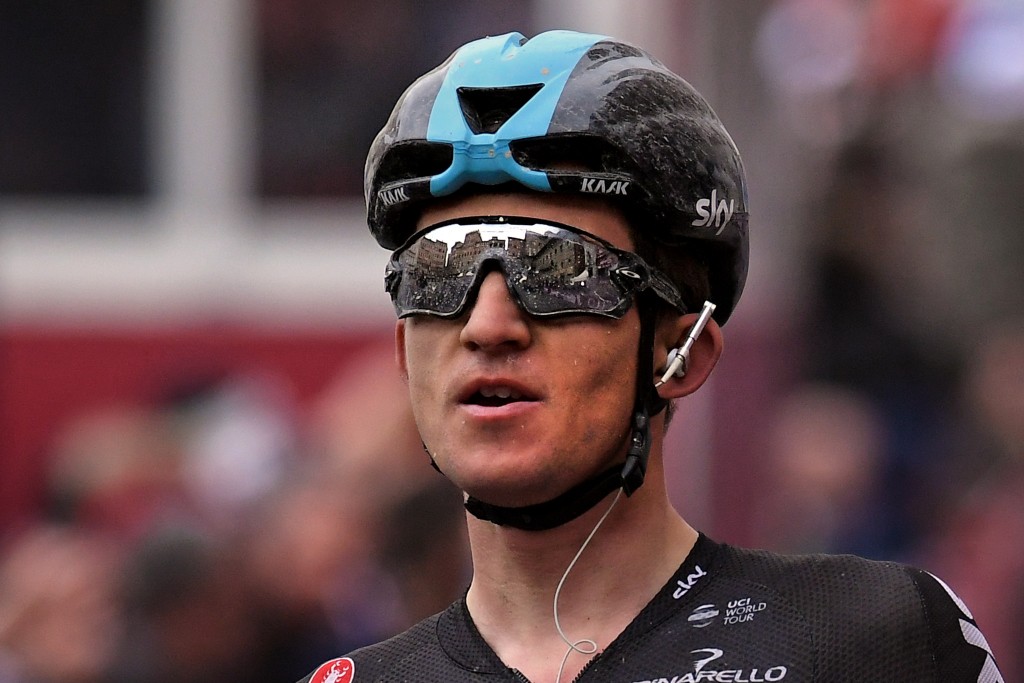 Today Michał Kwiatkowski made it two as by winning the Strade Bianche NamedSport for the second time adding to his first victory in 2014, the year he became the first Pole to win the Elite world championship for road racing.

He rode away solo with 15km to go from a group of top contenders including Ždenek Štybar and Greg Van Avermaet. The reigning World Champion, Peter Sagan, was forced to pull out due to illness after 114km of the race.

The winner of Strade Bianche, Michał Kwiatkowski, said in the press conference: “I became sure I’d win when I reached the top of the last climb before the piazza [del Campo].

My sport director said through the radio that the gap was growing but he didn’t say how much it was; he encouraged me to keep going. It was good because I wanted to push myself to the limit. I didn’t celebrate before the last hill especially because, on wet roads, it can be dangerous till the end and I tried to stay focused.

Victory was maybe important for my team and my fans but for myself, I was already happy with the start to the season I’ve had at the Vuelta Valenciana and the Volta ao Algarve. It wasn’t all or nothing for me today.

I haven’t thought of which sector I’d like to have but I’m jealous of Fabian Cancellara who chose the Sante Marie. I don’t know if I’ll win three but I’m already looking forward to coming back.”

Second placed Greg Van Avermaet, said: “I’d have loved to win here today because it’s such a nice race but at the end, I have to be happy to just finish safe. It was such a hard race from very early on, because of the rain and the crashes. If something worse happened to me, I could not have finished second.

Up until Michał Kwiatkowski’s victory today, Team Sky has only made the podium of the Strade Bianche once, with Thomas Löfkvist’s second place in 2010, the first season of the British squad.

Belgium’s Tim Wellens made the top three on his first participation of the Strade Bianche while his compatriot Greg Van Avermaet came second for the second time after 2015 behind Ždenek Štybar.