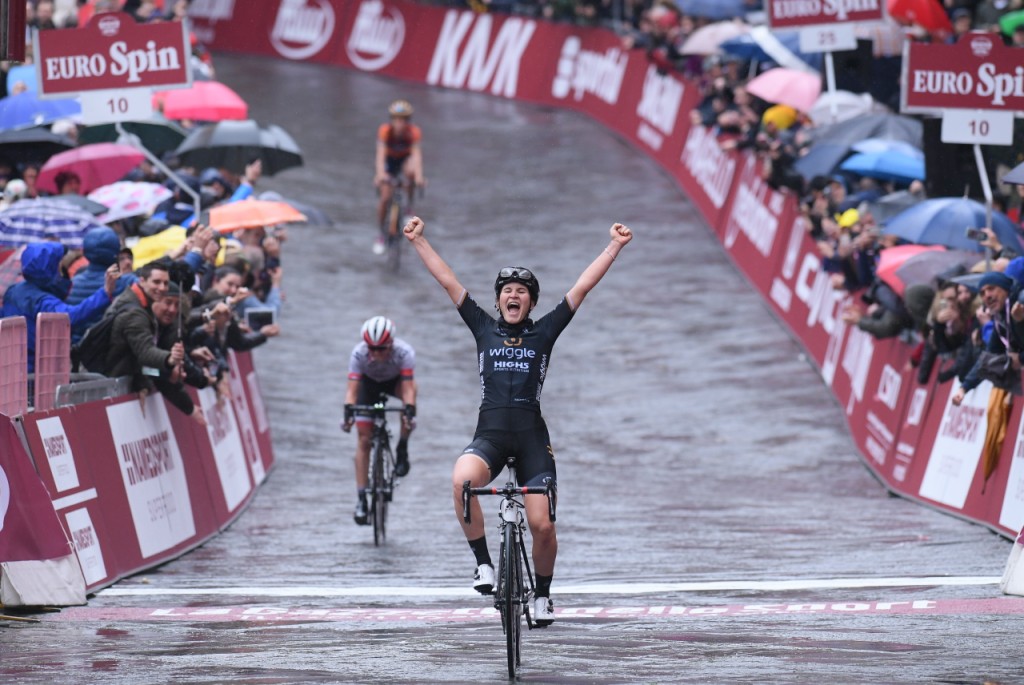 Speaking seconds after the finish, a victorious Elisa Longo Borghini (Wiggle High5 Pro Cycling Team) said: “This is amazing! I had a bad crash in the longest gravel road section – I thought I couldn’t make it but I had super team-mates. Audrey Cordon gave me her bike; eventually, after some kilometers, I was able to get my spare bike from the car. The team was just amazing. This victory is for my them because, from the start, the girls rode so well. This is such a prestigious victory: I think I will remember this for ever. In the finale I was sure I was one of the strongest at the front as I knew that when riders attack like this [like Shara Gillow and Lucinda Brand did within two kilometres to go], it’s because they’re running out of gas. So I went full gas in the last climb. Between the Tour of Flanders and the Olympics, this is one of the most beautiful victories because this is such an incredible place and such an amazing race.”