The Strade Bianche 2017 has started! 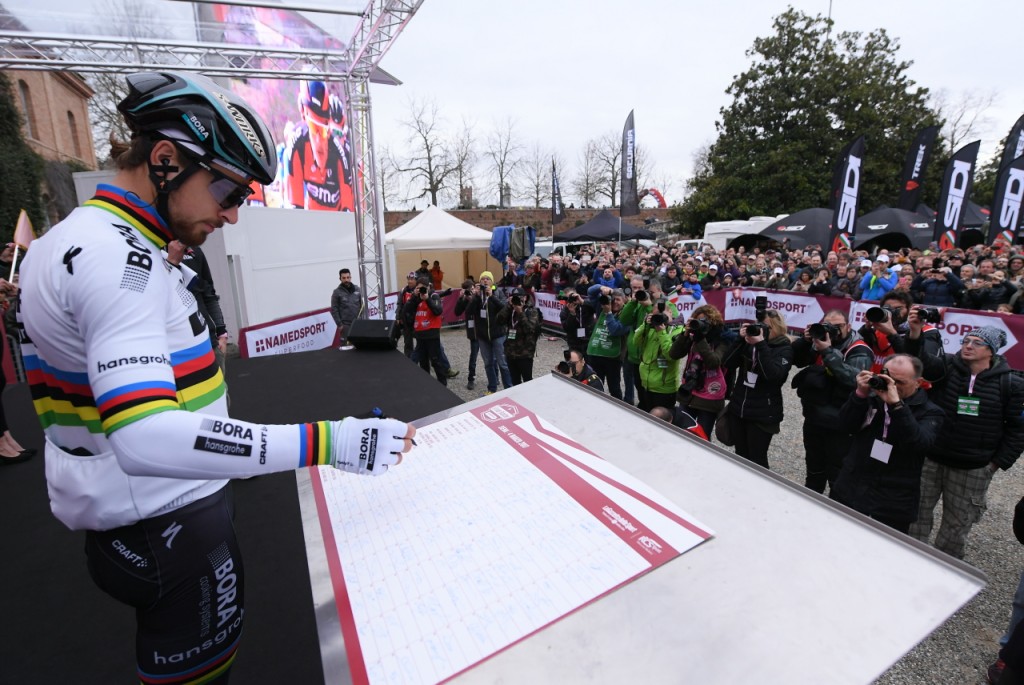 The men’s edition of the ‘Northern Classic in the South of Europe’, now in its 11th edition, organised by RCS Sport/La Gazzetta dello Sport and for the first time part of the UCI WorldTour calendar, started today from Siena at 10.56 with 167 riders. Rider that did not start: dossard number 18, Vendrame.

In the men’s Strade Bianche NamedSport eyes will be focused on the classics specialists such as UCI World Champion, Peter Sagan (Slovakia), the Olympic Road Champion Greg Van Avermaet (Belgium) and the Czech rider Zdeněk Štybar (winner in 2015 and runner-up in 2016 behind Cancellara).

The women’s race, Strade Bianche Women Elite NamedSport and the UCI Women’s WorldTour opening race, started this morning at 9:23 with 136 riders. Riders that did not start: dossards number 126 Thorsen and 195 Siggaard.

Among the women who will challenge for victory the favourites are: the Briton Lizzie Deignan (last year’s winner), the Dane Amalie Dideriksen (UCI World Champion), the Dutch Marianne Vos, the American Megan Guarnier (winner in 2015) and the Italian Elisa Longo Borghini.